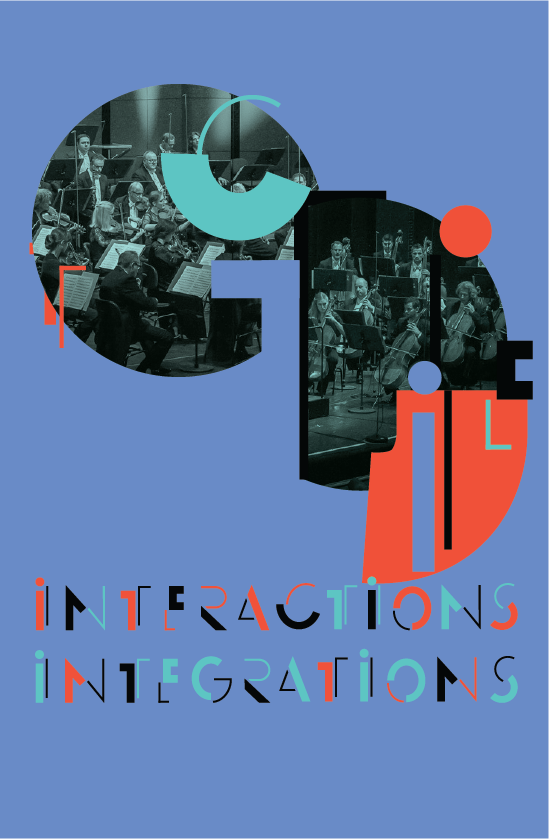 Sinfonia Varsovia, together with its partner the Norwegian Youth Chamber Music Festival in Stavanger, is launching an international project entitled “Interactions/Integrations”. Its mission is to use art in social integration processes as well as to work out specific, model solutions in this regard. The project includes a series of concerts, workshops, local initiatives and research studies in Poland and Norway, involving various artists and managers of cultural institutions. Interactions/Integrations is a two-year project co-financed by the European Economic Area Financial Mechanism for 2014–2021.

The Interactions/Integrations title includes two components. The first one is the Interactions series, which aims to help artists and organizers of cultural life to develop their communication and organizational skills in the field of social integration activities. This idea stems from a belief that music and classical musicians play a key role in shaping social reality. As the renowned conductor Riccardo Muti said, “Music is not just a profession, but a mission. We should consider culture as one of the fundamental elements for building a better society in the future.”

The acquired knowledge is put into practice in the Integrations series – concerts and other initiatives which are held not only in concert halls, but also in local educational, cultural, and social welfare centers. The aim of the project is to reach new audiences, with particular emphasis on groups at risk of cultural, social, and economic exclusion. In this sense, the Interactions/Integrations series complements the activities already carried out by Sinfonia Varsovia, which serve the institution’s mission in accordance with the motto “music belongs to everyone”.

The Interactions/Integrations project is divided into a few stages – each of them enables creators and organizers of cultural activities to develop a new set of skills and offers activities aimed at different audiences, including children, national minorities, refugees, the elderly, and the disabled. The activities will include concerts (i.e. chamber and symphonic concerts intended for selected groups of listeners and open to the general public), local initiatives, workshops, seminars, and dances featuring classical, traditional (folk), and contemporary music.

The first effects of Polish-Norwegian cooperation were presented during the Sinfonia Varsovia to Its City Festival, during the Norwegian Weekend, which featured two concerts on 11 and 12 June. This year’s plans also include an August composition seminar at the Kulturbruk on the Bru island (near Stavanger) with the participation of Żaneta Rydzewska, Piotr Peszat, and Sinfonia Varsovia’s musicians. We will close the seminar on 4 August with a concert at the Stavanger Concert Hall. At the same hall, on 26 October, Sinfonia Varsovia will perform a full Polish repertoire, including pieces by Wojciech Kilar, Grażyna Bacewicz, and Fryderyk Chopin (with pianist Martín García García as soloist), as well as will premiere an intermedia piece by Piotr Peszat and Grzegorz Mart.

For January 2023, we are planning comic book workshops for teenage refugees hosted by Jeanine El Khawand on 25–26 January in Warsaw, as well as a verbal and musical performance on the theme of the Shoah on 27 January in the POLIN Museum of the History of Polish Jews. In August, concerts combined with dance parties will take place in the picturesque Setesdal valley (Norway) and the equally colorful courtyards of Warsaw’s Praga (Poland). The final initiatives include intergenerational painting workshops and an exhibition of works by renowned Norwegian painter Kjetill Pahr-Iversen, as well as a concert during the Warsaw edition of La Folle Journée 2023, where we will hear the premiere of a double concerto for violin, cello, and string orchestra by Norwegian composer Marcus Paus.

Project documentation and other artefacts will be published in a “library of experiences”. Pictures and videos with transcriptions as well as model solutions – scenarios and other methodological solutions created as part of the Interaction/Integration project will be available to the public.

From 1-4 August, Kulturbruk 44/4 on the island of Bru, near Stavanger, will host an artistic residency for the...

A Small Initiative: concert for refugees from Ukraine

On 10 June 2022, a concert for children from Ukraine was held at the Polish Centre for International Aid...

Concerts for children: “Pictures from Norway”

On 2 and 3 June 2022, a series of concerts for children took place at the Zofia Golewska School...

On 31 May, a masterclass with Professor Anne Shih for Sinfonia Varsovia musicians took place. The main focus of...

On 30 May 2022, Sinfonia Varsovia and its partner Norwegian Youth Chamber Music Festival in Stavanger launched the international...

The main objectives of the EEA and Norway Grants are: to contribute to the reduction of economic and social disparities in the European Economic Area and to strengthen the bilateral relations between the donor states and the beneficiary states.

Through the EEA and Norway Grants, Iceland, Liechtenstein and Norway aim at contributing to, among other things, growth and jobs, tackle climate change and energy dependency, and reduce poverty and social exclusion.

Working together for a green, competitive and inclusive Europe.